An Audiophile Is Born

I just got through reading Scott Westermans blog posting entitled "Don't Sell Your Vinyl". Scott is absolutely right. And reading his post, brought back a lot of memories.

I was always interested in audio. My dad was a ham as far back as I can remember, and he always had

a sound system in the house. He was an avid fan of HeathKit at the time, and had a few audio amplifiers around. He gave me one that had a rectifier tube, two 35W4's and a pair of 50C5 finals. I loved the blue glow in those tubes. Unfortunately, it had a hot chassis and would occasionally bite me.

My parents used to show pictures of me playing records when I was only 5 years old. I guess it started getting serious when I was in grade school. My friend Mark had the usual "kid" type tape recorder. I forget the brand name, but you know the ones. Battery operated with direct drive 3 inch reels so the tape speed increased as the diameter of the take up reel increased. Similar to the ones that self-destructed each week on Mission: Impossible. It had one of those button type microphones. I had one too. I don't remember who made it, but it was tan with a flip up cover, and I distinctly remember i 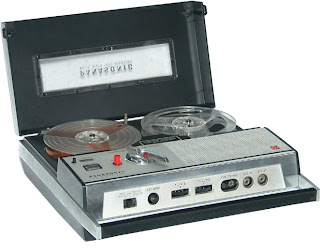 t having reels with the Sony logo on them.

It had five inch reels, capstan drive, and it was bi-directional. No flipping reels. It had an impressive frequency response for an AC/DC machine, it had manual or auto level control, aux input, speaker output, a VU meter, and more. I had to have one.

Christmas of 1966 Santa brought me an RQ-501S. This was the start of yet another hobby. Now not only was I recording music, but Mark and I started collecting, mind you this was the mid to late sixties, television theme songs.

e summer, we would get together at each others houses and record network commercials promoting the fall shows. Plus spots like "NBC Week" and the like. We both traded spots and theme songs. I still have all those theme songs. (Except now they live on a hard drive) We would have endless conversations regarding the sonic quality of different types of Scotch recording tapes, and what happened on the last episode of Lost in Space that we recorded.

After grade school, Mark and I lost touch as he went on to a military school. And along the way in years to come, my RQ-501S got lost in a move.

As a side note at this point, two things. First, after a year of watching E-Bay, I finally got another RQ-501S. Six months later, another appeared on E-Bay, this one, with the BOX. That's important. Got that one too. Recently I acquired one of its close cousins, the RQ-156S . My life is complete.

Secondly, Mark had a Panasonic extension speaker for his machine. I don't know the model number of the speaker, but it was really cool, because it hung from the ceiling on a string, and was shaped exactly like the Jupiter 2 from Lost in Space. I know Panasonic made it, but I never found one. If you happen to know anything about this speaker, please forward me the info.

Now back to your regularly scheduled story.

Soon I was in

high school. And it was here that I discovered high-end audio, and learned exactly what an audiophile was. It was in the library of the school where one day I discovered "High Fidelity Magazine" which began publication back in 1951. It was published not to far away in Great Barrington, Massachusetts. The school had all the back issues. And I read all of them. During that time the library got some money for new subscriptions and added "Stereo Review.

A whole new world opened up to me in the pages of those magazines. Whenever I wasn't in a class, I was in one of those magazines. It was in these magazines where I got introduced to the likes of H.H.Scott, Fisher, Pioneer, JBL, Stanton, Shure, Thorens, Bang & Olufsen, Teac, Ampex, Studer-ReVox, Marantz, McIntosh, and a long list of others that manufactured equipment I could only dream about owning.

I devoured the terminology and esoteric terms like RMS amplifier values, damping factors, dB, VU, tracking force, anti-skating, the advantages of a Shibata stylus or an eliptical, frequency response, sensitivity, selectivity, bass reflex, and more. All that geeky stuff. I couldn't get enough of it.

I set a goal for myself. I had to have a high-end audio system. After a year or so and a full summer working, I accumulated enough money to buy a system.

I spent a rather large sum of money, and came home with a car full of gear. I got a Pioneer SPEC-1 amplifier (300 watts/ch) with the matching SPEC-1 pre-amp and the matching FM tuner. I had JBL L-50s for the front and a pair of what would prove to be rather inefficient smaller Advent speakers for the rear. Yes, I went quad. Well, not exactly. I was hooked at the time on a rather crude synthesized quad running a circuit I built designed by David Hafler.

Radio Shack came out with a box later on called a "Quatravox" that would do the same thing. I ran the rear channels with an older Pioneer receiver.

I added a Technics manual turntable (no automatics or semi-automatic for me) with a high-end Audio-Technica cartridge with a Shibata stylus. Two tape decks, a Teac open reel deck, and a ReVox cassette deck. SAE Noise Reduction processor,and a 24 band equalizer with a graphic display, a Technics metering unit for monitoring amplifier and pre-amp outputs, as well as detector output from the tuner, and a few miscellaneous items like an A/R stylus gauge, a Disc Washer, etc. I was playing audio in a big way. I even had a rotatable 10 element antenna for FM DX'ing.

At the time, I lived not to far away from WHRL 103.1. It was one of the first FM Stereo stations to come on the air in upstate New York. It programmed beautiful music, as did a few others. I became fascinated with Drake/Chenault, and Schulke's "Matched Flow" beautiful music formats.

I was always a fan of Top 40 music, but when I got the new gear, I was constantly looking for something new to listen too. I grew to like selected pieces of classical music, blues, and jazz. I became a big fan of Wendy Carlos, Tomita, Vangelis, and other electronic music artists. I made weekly trips to the record stores in the area. 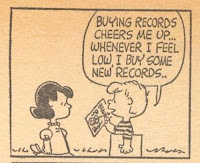 My friends and I at the time would compare opinions on the latest albums we purchased. We would share our music with one another on open reel tape or the occasional cassette. The subject of copyright never even crossed our minds. We would periodically create "mix" tapes for each other. If I got a reel from a friend and I liked it, I would generally pick up the record at the store the next time out. (See it works) I had around 500-700 albums in the collection in no time, from a lot of different musical categories.


Through my interest in 11 meters, (yes I was on 11 meters for a few years, but then weren't we all?) a radio friend introduced me to a friend of his that lived down the street from him. His name was Joe, and he was also into high-end audio. We both hit it off right away, and began not only talking about the aspects of various new pieces of audio gear at the local shop, but about the music. We would go over to each others houses and listen to music for hours on end, discussing how certain tracks were mixed, or why my JBL's seem transparent compared to his Bose systems that he always thought colored the music a certain way.

He was going into college at the time and soon joined the radio station there. He was attending RPI in Troy. The college station there is WRPI, a 10 kilowatt FM outlet on 91.5. He asked me to join him in producing his weekly program.

Now, when you are an audio geek, there is nothing better than playing radio at a technology college with all the latest toys. We both enjoyed taking our listeners on a musical journey for three hours a week. Both of us always longed for the day we could own Technics SP-1 turntables like the station had. We both also volunteered at the local classical music station WMHT which has a reading service for the print handicapped. We got to hone our on-air talents reading the local papers. Not to mention the PBS television station down the hall, we got to play with a lot of really cool equipment.

It was during the time at WRPI that I discovered artists like Genesis,Passport, Renaissance, Pentangle, Weather Report, Keith Jarret, and a long, long list of others.

On what proved to be our last show, we played tracks from our favorite artists. Joe was a dyed in the wool Yes fan. I picked a few tracks from Camel. One of their albums, Moonmadness, has a rather long track called "Luner Sea", that has one of the best synthesizer solos you'll ever hear.

One artist we both enjoyed was Renaissance. Our favorite album was "Scheherazade and Other Stories". Favorite track? Trip To The Fair.

Sadly, Joe passed away from leukemia during his sophomore year. The world lost a budding architect. Today my equipment sits idle in a rack here in the shack. I hope to get it going again some time soon.

I miss those days. It just doesn't seem to be the same today. I love digital technology, but I miss the sound of analog. I can do things in the digital domain that used to take a rack full of equipment. (Don't tell anybody, but right behind me right now, is a rack full of Behringer audio processors, EQ's, Digital reverbs, an Optimod, and few other things).

Today everyone seems to be in their own little digital world. Everyone has a white wire leading down to the iPod in their pocket. I don't see anyone talking about the music, let alone the audio equipment.

Maybe they discuss the music and the gear via text messaging.

Note: This post took three hours to write, post, and edit. I wanted to get it right the first time.
Posted by W2XBS at Tuesday, October 21, 2008 1 comment:

I've Been Working On A New Callsign Logo 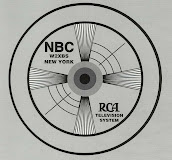